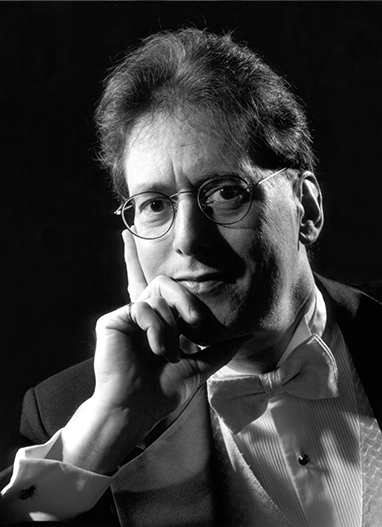 Robert Levin has been a member of the Board of Carl Philipp Emanuel Bach: The Complete Works since 1999, and was appointed chair at the end of 2014. His performing career as a pianist (frequently playing period instruments) has included appearances throughout the United States, Europe, Australia, and Asia, and he is featured on numerous recordings. He is also a noted Mozart scholar, composer, and theorist; his cadenzas for various concertos and reconstructions or completions of works by J.S. Bach, Beethoven, Mozart, and Schubert have been published and widely performed. He is president of the International Johann Sebastian Bach Competition, a member of the American Academy of Arts and Sciences, and a Professor Emeritus (formerly Dwight P. Robinson Research Professor of Music) at Harvard University. 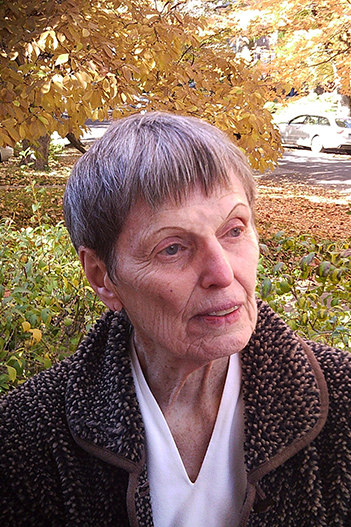 Darrell Berg has been a member of the Board of Carl Philipp Emanuel Bach: The Complete Works since 1999, serving as General Editor for the Keyboard Series. She has also served as a contributing editor for a volume of Bach’s Gellert songs (VI/1), two volumes of keyboard sonatas published in anthologies (Miscellaneous Sonatas from Prints, I/5.1–5.2), and a facsimile edition of works for solo keyboard (Keyboard Sonatas in Mus. ms. Bach P 771). She is the author of many studies of the music of C.P.E. Bach, and The Correspondence of Christian Gottfried Krause: A Music Lover in the Age of Sensibility. Previously she was a member of the faculties of Washington University and Indiana University. 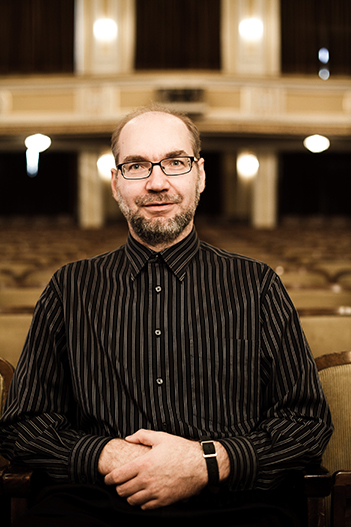 Ulrich Leisinger joined the Board of Carl Philipp Emanuel Bach: The Complete Works in 1999 and serves as General Editor for the three series of vocal works (Oratorios and Passions, Choral Music, Songs and Vocal Chamber Music). He has also served as a contributing editor for various volumes of choral music, facsimile volumes of librettos, and a volume of keyboard works. He has been Director of the Research Department at the International Mozarteum Foundation in Salzburg since July 2005. In addition, he has served as Executive Director of the Neue Mozart-Ausgabe and the Digital Mozart Edition to be published by the Mozarteum Foundation and the Packard Humanities Institute. 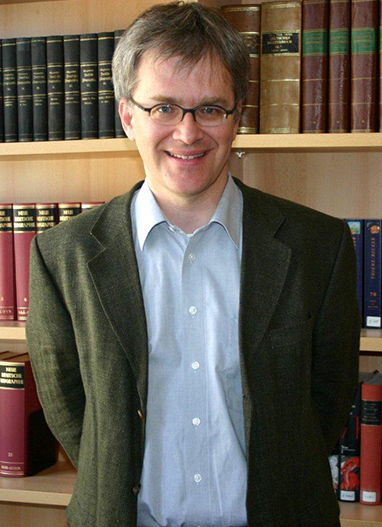 Peter Wollny joined the Board of Carl Philipp Emanuel Bach: The Complete Works in 1999 and serves as General Editor for the series of Chamber Music, Orchestral Music, and Theoretical Writings. He has also served as a contributing editor for several volumes of the edition, including: Miscellaneous Keyboard Works (I/8.1–8.2); Keyboard Concertos from Manuscript Sources I (III/9.1); and Cadenzas, Embellishments, and Compositional Studies (VIII/1). In addition, he has edited several volumes for the Neue Bach-Ausgabe, and is sole editor of the Collected Works of Wilhelm Friedemann Bach. He is also editor of the Bach-Jahrbuch and has published numerous articles on music of the seventeenth and eighteenth centuries. He has been employed at the Bach-Archiv Leipzig since 1993, and in 2014 was appointed its Director. In addition he teaches as a professor of musicology in the music department at Leipzig University. 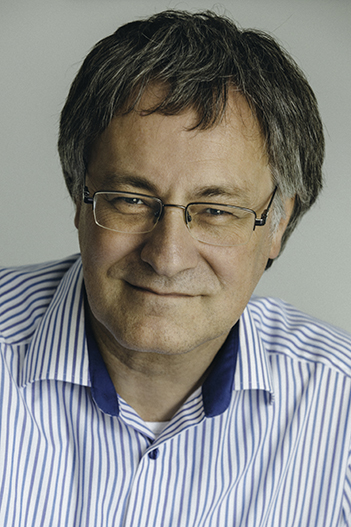 Uwe Wolf joined the Board of Carl Philipp Emanuel Bach: The Complete Works in 2007 and has served as a contributing editor for various volumes of choral music. He is one of the editors of the catalogue of vocal works by C.P.E. Bach in the Bach-Repertorium series, and in 2014 he published a thematic catalogue of the works of G.A. Homilius. He has also produced numerous editions for Bärenreiter and Carus; edited several volumes for the Neue Bach-Ausgabe; and created the Göttinger Bach-Katalog, an online database of sources of J.S. Bach’s works. Since 2011 he has been Head of the Editorial Office at Carus-Verlag in Stuttgart. Formerly he was Head of Research in Division II of the Bach-Archiv Leipzig, where he oversaw the development of Bach Digital. He has a special focus on protestant church music of the second half of the eighteenth century. 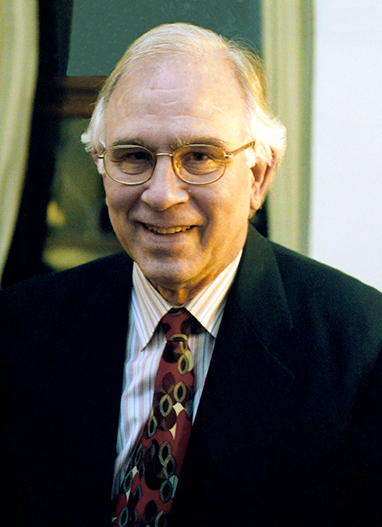 Christoph Wolff has been a member of the Board of Carl Philipp Emanuel Bach: The Complete Works since its inception in 1998–99. He was involved in the 1999 recovery of the lost archives of the Berlin Singakademie, which included many unique copies of C.P.E. Bach’s Hamburg Passions and cantatas; this discovery contributed greatly to the source material, and thus the overall output, for the CPEB:CW edition. Christoph has also served as a contributing editor for two volumes of chamber music (II/2.1–2.2), a volume of vocal music (Miscellaneous Songs, VI/3), and the “Polyhymnia Portfolio” (VIII/2). He is a noted J.S. Bach scholar; his biography, Johann Sebastian Bach: The Learned Musician (2000; rev. 2013), was a finalist for the 2001 Pulitzer Prize in Biography. He has also published widely on the history of music from the fifteenth to the twentieth centuries. He was director of the Bach-Archiv Leipzig from 2001–13, and is University Professor of Music Emeritus at Harvard University. Previously at Harvard he served as Chair of the Music Department (1980–88, 90–91), Acting Director of the University Library (1991–92), and Dean of the Graduate School of Arts and Sciences (1992–2000). 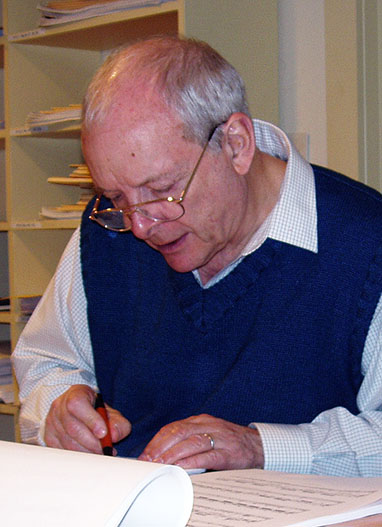 Christopher Hogwood (1941–2014), one of the pioneers in historically informed performance, was chair of the Editorial Board of Carl Philipp Emanuel Bach: The Complete Works, from its inception in 1999 to his untimely death in September 2014. In no way a mere figurehead, Chris actively participated in the organization of the edition and its editorial policies, and he edited the “Kenner und Liebhaber” Collections (volumes I/4.1–4.2, published in 2009). He contributed a lifetime of expertise in interpreting sources and performance practices of eighteenth-century music, both as a scholar and practical musician and conductor. Above all, he was an eloquent spokesman for the edition, and we are grateful for his service, collegiality, and friendship.

The Editorial Board of CPEB:CW 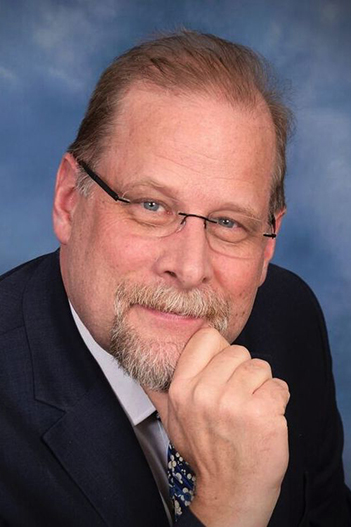 Paul Corneilson has been managing editor of C.P.E. Bach: The Complete Works since its inception in 1999.

Laura Buch joined the Editorial Office of C.P.E. Bach: The Complete Works in 2006, and is the contributing editor for Quartets and Miscellaneous Chamber Music (volume II/5 of the edition). Previously she held a tenured professorship at Youngstown State University (Ohio), where she led the music history program and directed the Dana Early Music Ensemble, also performing as a baroque flutist. Her research includes music and aesthetics of seventeenth-century Italy (Ph.D., Musicology, Eastman School of Music, University of Rochester). 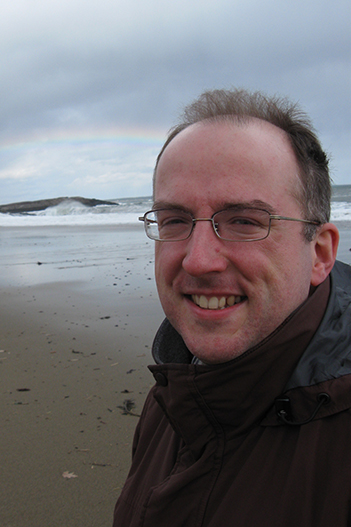 Jason Grant joined the Editorial Office of C.P.E. Bach: The Complete Works in 2006, and has served as a contributing editor for several volumes of the edition, including Keyboard Concertos from Manuscript Sources XI (III/9.11) and Einführungsmusiken II (V/3.2). He has published articles on the music of C.P.E. Bach and Georg Philipp Telemann in Bach-Jahrbuch, BACH: Journal of the Riemenschneider Bach Institute, and Magdeburger Telemann-Studien. Previously he was Visiting Assistant Professor of Music at the University of Pittsburgh.

Mark Knoll joined the Editorial Office of C.P.E. Bach: The Complete Works in 2004. He holds degrees from Pennsylvania State University (B.M., Music Composition), Florida State University (M.M., Music History and Literature), and the University of Michigan (Ph.D., Music History and Musicology; dissertation: “Which Bach Wrote What? A Cumulative Approach to Clarification of Three Disputed Works”). In 2000 he founded Steglein Publishing, Inc. to publish music from the eighteenth and early nineteenth centuries, as well as books related to this music, and he has edited a volume of Boccherini string quartets for Steglein’s series The Early String Quartet. He has worked as a public radio announcer and as a database specialist at an online media company, and he has served on the Board of Directors of the Sing-Akademie zu Berlin and the Society for Eighteenth-Century Music. 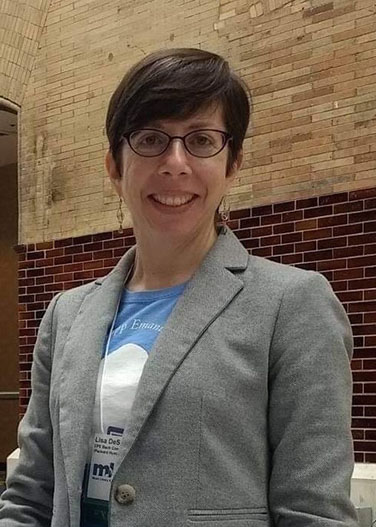 Lisa DeSiro joined the Editorial Office of C.P.E. Bach: The Complete Works in 2005. Her responsibilities include copy editing and layout of volumes, proofreading music, coordinating facsimile plates, updating the edition website, and compiling the edition newsletter. An accomplished pianist, Lisa has performed throughout the Boston area and in Europe, in genres ranging from art song and chamber music to opera and musical theater. She is also an active writer, with two books and many individual poems published; her texts have been set to music by several composers. Lisa earned degrees from Lesley University (M.F.A., Creative Writing); Longy School of Music (M.M., Collaborative Piano); The Boston Conservatory (B.M., Piano Performance and Accompanying); and Binghamton University (B.A., Literature and Creative Writing).